In Hebrew, Hanukkah means 'dedication' or 'consecration'. During the 2nd century BCE, the Greek rulers of Antiochus had attempted to dissuade Jews away from Judaism and its traditions. The ain was to better integrate them into Greek culture. As part of these efforts, certain aspects of Jewish observance were outlawed, such as the study of Torah.

Nowadays, Hanukkah features the tradition of lighting a special Hanukkah menorah ('Hanukkiah ') with nine branches, lighting a new candle each night of Hanukkah. The menorah has a ninth candle (the 'shamash') which is used to light the other candles.

Commemorating the miracle of the burning lamp, it is traditional to eat foods fried in oil, such as potato latke pancakes or doughnuts. Other customs include spinning a top with Hebrew letters on the sides known as the dreidel (pictured above), and giving money to children. Chocolate coins or gelt (Yiddish for money) wrapped in gold and silver are exchanged at Hanukkah. 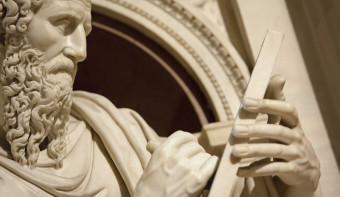 Other Observances on November 29th 2021 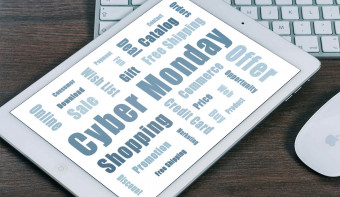 Find out the dates, history and traditions of Cyber Monday

Find out the dates, history and traditions of Electronic Greetings Day