When is Chinese New Year?

Chinese Lunar Year begins at sunset on the day of the second New Moon following the winter solstice (21st December). This means the New Year can begin anytime from January 21st through to February 21st.

In China alone, the Spring Festival is the biggest human migration in the world as over 400 million people will empty the cities and return to their rural homes across the country.

Each year in the Chinese calendar is represented by one of twelve animals in the Chinese Zodiac. The zodiac also cycles through five inanimate elements: wood, fire, earth, metal, water; so 2021 will specifically be the Year of the Metal Ox.

The Chinese New Year has a great history. In other traditions, by this time in the year, most resolutions have been forgotten or put back to the following year. However, all hope is not lost, as there's a second chance to get it right with the celebration of Lunar New Year.

The Chinese New Year is very similar to the Western one, swathed in traditions and rituals.

The origin of the Chinese New Year is itself ancient and obscured by the amount of time. It is popularly recognised as the Spring Festival and celebrations last 15 days. The public holidays last about a week and stores and places of business usually reopen on the fifth day of the first lunar month.

Preparations begin a month before (similar to a Western Christmas) when people start buying presents, decoration materials, food and clothing. A huge clean-up gets underway days before the New Year when Chinese houses are cleaned from top to bottom, to sweep away any traces of bad luck, and doors and windowpanes are given a new coat of paint, usually red. The week before New Year is known as Little Year.

The eve of the New Year is perhaps the most exciting part of the event, as anticipation creeps in. Here, traditions and rituals are very carefully observed in everything from food to clothing.

Rituals include cleaning the house, putting up new posters of "door gods" on front doors, fireworks before the family union dinner, which should be at least 10-course meal with a whole fish entrée symbolizing the abundance of the coming year.

Red decorations are everywhere and it's usual to wear something red as this colour is meant to ward off evil spirits - but black and white are out, as these are associated with mourning. After dinner, the family sits up for the night playing cards, board games or watching TV programmes dedicated to the occasion. At midnight, the sky is lit up by fireworks.

Fireworks are a huge part of Chinese New Year celebrations, with more rockets set off on that night than on any other night of the year. Over 500 cities in China have actually now either restricted or outright banned fireworks due to safety concerns and air pollution, but they remain an immensely popular part of the New Year celebrations. The tradition comes from a folk tale about a monster named Nian who was scared away using firecrackers.

During the Spring Festival season, a 40-day period known as "Chunyun" that begins 15 days before Chinese New Year, sees masses of Chinese people travel back from the cities to their home towns to be with their families. This results in the world’s largest annual human migration.

In Chinese, the common greeting at New Year is "xin nian kuai le", which means "Happy New Year". Those in Hong Kong and other Cantonese-speaking parts of the world tend to go with "gong hei fat choy" which translates roughly to "congratulations on your good fortune".

On the day itself, an ancient custom called Hong Bao, meaning Red Packet, takes place. This involves married couples giving children and unmarried adults money in red envelopes. It is also common for couples to give money to their parents.

In recent years, the custom has embraced modern technology and in 2017, 14.2 billion e-hongbaos (digital red packets) were sent on Chinese New Year's Eve through social media platforms such as WeChat.

Then the family begins to say greetings from door to door, first to their relatives and then their neighbours. Like the Western saying "let bygones be bygones," at Chinese New Year, grudges are very easily cast aside.

Traditional foods eaten during the Spring festival are fish (the Chinese word for 'fish' sounds like the word for ‘surplus,’ so the eating of fish is supposed to bring a surplus of money and good luck); Chinese dumplings (as their shape is said to be like that of silver ingots, which were used as money in ancient Chinese); spring rolls; rice cakes and rice balls.

Many people also drink some Tu Su wine. This wine, which is drunk to ensure a healthy year, is made by infusing wine with rhubarb and herbs.

As was noted, it’s vital to thoroughly clean the house before New Year’s Eve to sweep or wash away any bad luck that has accumulated over the past year.

Cleaning on New Year’s Day, however, is to be avoided at all costs. That even extends to not doing the dishes. That’s because people don’t want to remove any good luck that arrived at midnight on New Year’s Eve.

Don’t wash, cut your hair, or even take a shower on New Year’s Day because it is seen as washing your fortune away and dramatically reduces chances of prosperity in the year ahead.

The end of the New Year is marked by the Festival of Lanterns, on the next full moon, which is a celebration with singing, dancing, and lantern shows.

Chinese New Year celebrations are not limited just to mainland China and those countries who observe it as a public holiday. Across the world, the Chinese diaspora from Southeast Asia's centuries-old Chinese communities to the more recent Chinatowns such as Sydney, London, San Francisco, Vancouver, Los Angeles will mark Chinese New Year, with parades and lion dances attracting large crowds.

Iconic landmarks around the world such as the Tokyo Tower and the London Eye will turn red to mark the new year.

Other Observances on January 22nd 2023 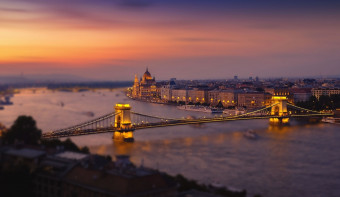 Find out the dates, history and traditions of Day of Hungarian Culture. 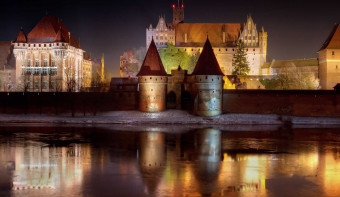 Find out the history, traditions and dates of Grandpa's Day in Poland. 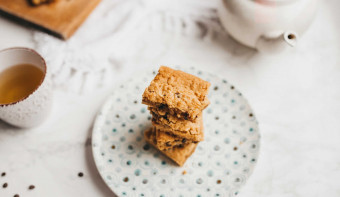 Find out the dates, history and traditions of National Blonde Brownie Day

Find out the dates, history and traditions of Hot Sauce Day.