When is St. David's Day?

The National Day of Wales is St. David's Day and is always observed on March 1st, the traditional date of his death in 589 AD.

Who was St. David?

Saint David (known as Dewi Sant in the Welsh language) was a Celtic monk born towards the end of the fifth century and was Archbishop of Wales. He spread the word of Christianity across Wales, founding 11 churches across Wales and Brittany. His influence is shown by the number of churches dedicated to him in Wales.

It is always observed on March 1st, as the tradition is that he died on that day in 589 AD, though the tradition also says that he lived for over a 100 years, which would have been a mightily impressive age to get to in the 6th century.

St. David has had a few minor miracles associated with him, but the most famous story concerns the large crowd who had gathered at the Synod of Llanddewi Brefi to witness the decision to make David an Archbishop. When David got up to speak, someone complained that due to the crowd, they wouldn't be able to hear him speak. At that point, the ground itself rose up, placing David above the crowd, so that everyone there could see and hear him. Needless to say, after that astonishing feat, the decision to make David an Archbishop was taken.

Though in popular culture, St. David's Day generally celebrates Wales rather than the Saint, it remains at heart a religious holiday. It is therefore worth noting that if March 1st falls on a Sunday, the Church of Wales observes his feast day on March 2nd.

In 2007, former Prime Minister Tony Blair, rejected calls for it to become a public holiday, despite a poll at the time showing that 87% of Welsh people were in favour.

This has resulted in the situation, within the United Kingdom, were Scotland and Northern Ireland have public holidays for their patron saints, but England and Wales don't.

Every year parades are held in Wales to commemorate St. David. The largest of these is held in Cardiff.

On St. David's day, Welsh people may wear one or both of the national emblems of Wales on their lapel - the daffodil or the leek on this day. The tradition of wearing a leek is said to have arisen when a unit of Welsh soldiers were able to distinguish each other from troops of similarly attired English enemy soldiers by wearing leeks.

The Daffodil flowers early in the year and makes it a fitting emblem for St. David as it is full bloom by March 1st.

On March 1st the Empire State Building will be floodlit in the national colours of Wales - red, green and white. 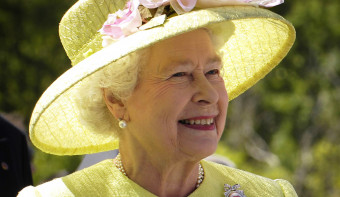 Other Observances on March 1st 2023

Baba Marta on March 1st is believed to mark the beginning of spring.

Find out the dates, history and traditions of Beer Day

Find out the dates, history and traditions of the National Day of Gratitude.